Tea-drinking is a constituent part of Chinese culture. China is an original producer of tea and is renowned for its skills in planting and making tea. Its customs of tea-drinking spread over to Europe and to many other regions through cultural exchange via the ancient "Silk Road" and other channels of trade. The Chinese nation has written a brilliant page for its tea culture in the history of world civilization. The development and promotion of tea has been one of China's principal contributions to the world.

First appearing as early as 5,000 years ago, Green Tea is the oldest category of Chinese Tea. The original processing of the tea was quite simple. People either boiled the tea leaves straight from the tree, or sun-dried tea leaves for future use. While the processing methods have changed over the centuries it still resembles its ancient ancestor in that it is not fermented and only very slightly oxidized. This allows the tea to retain more of the original taste of the leaf. 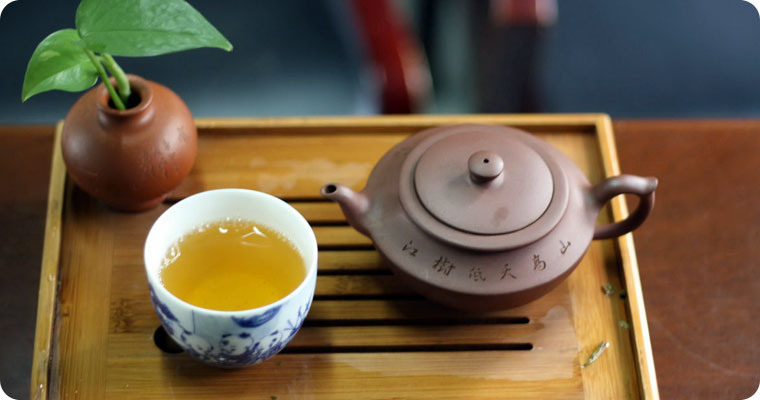 Tea Ceremony，drinking and appreciating tea can be life style. The Chinese tea ceremony contains the wisdom of oriental philosophy. Furthermore, Chinese tea ceremony reflects the central idea of Taoism, Confucian and Buddhism it’s a combination of philosophy and life style. Through the whole set of ceremony——making tea, appreciating tea, smelling tea, enjoying tea, friendship is increased, virtue is cultivated, traditional virtues etiquette are learned. The ceremony can refresh mind and clear thoughts. The spirit of tea ceremony is the core of tea culture and the spirit is represented by Taoism.


Tea ceremony is originated in China yet more popular in Japan since it has been introduced to Japan and Korean Peninsula during South Song Dynasty. When it came to yuan dynasty, tea ceremony was not that favored anymore in the central China. Tea ceremony today is better represented by Japan in fact.

Tea and Horse Road refers to the folk international trade channel, which was originated from the ancient tea-horse trading in southwest of China. It was started during Tang and Song Dynasties, flourished in the Ming and Qing Dynasties, but its hey-day were in the late World War II period.

The ancient tea horse road is divided into Sichuan Tibet line and Yunnan Tibet line. It extends into Bhutan, Sikkim, Nepal and India, until it reaches the Red Sea coast of West Asia and West Africa. In March 5, 2013, Tea Horse Road was selected as the seventh batch of national cultural relics protection sites by the State Council of People’s Republic of China.

Find a teashop with a good reputation and you will be shown how to brew and drink tea properly to experience the full flavour; you will soon realise the pleasure and health benefits of the Chinese tea culture.

prev：Is It Safe to Travel to China? next：Four Great Inventions of China