Generally, outside China the "Chinese food" isn't authentic. It is much like international hamburger chain food: tailored for the local taste; quite bland and clichéed, and generally not packed with nutrition. But Chinese food in China isn't like this. Real Chinese food might seem very exotic to you when you see it. 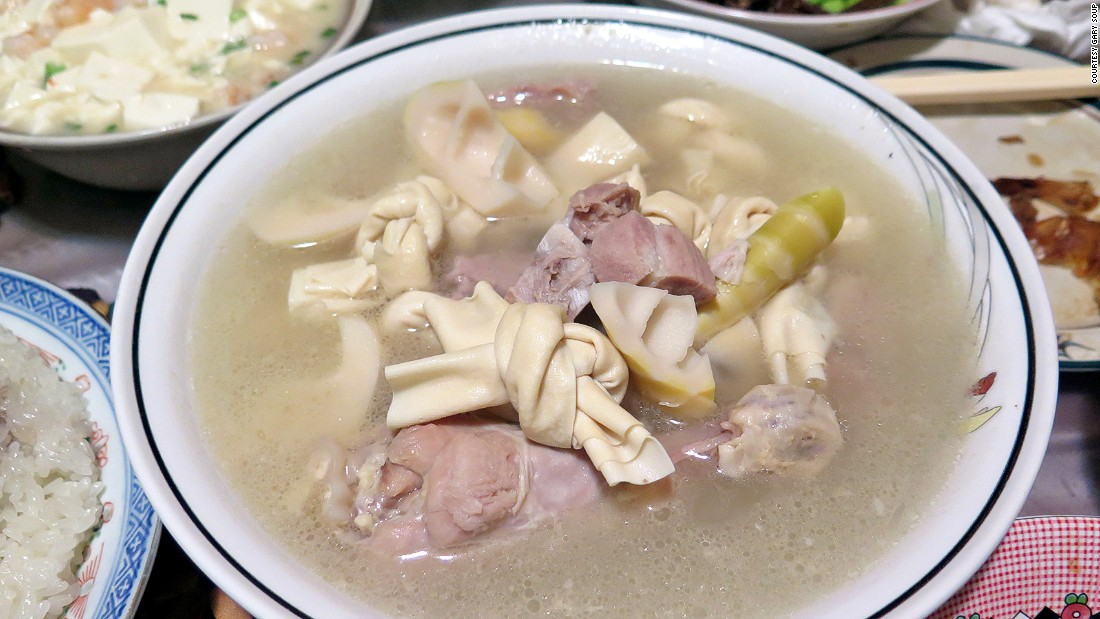 Different Ingredients
"Chinese food" in Western countries will tend to feature the ingredients people popularly eat in their countries.
For example, Americans usually prefer beef, chicken, pork, shrimp, dairy, potatoes, tomatoes, carrots, celery, Western big onions, rice and wheat noodles. So the "Chinese" food people usually get there is made from these and served on rice or noodles or in a soup.
What is popular in China is quite different...

Foods for Health and Medicinal Use
Chinese have their own philosophy about food and its effects on the body and about using it as a medicine to improve health. It is hard to explain the Chinese medicinal cooking concepts about qi, hot and cold foods (not the temperature but metaphysical concepts), and how the season of the year and weather dictates what people should eat. 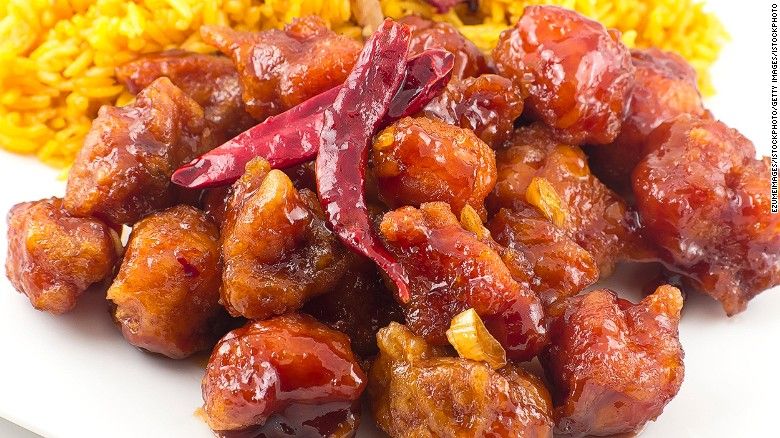 A Balance of Flavors
There is an emphasis on varying flavors from meal to meal and mixing a variety of distinct flavors during a meal. Most Chinese would say Chinese food outside the country "all tastes the same."

Seasonal Food
Chinese believe that eating seasonal food is generally the best. For example, in winter high yang foods like garlic and onions and red pepper are used more. But in an overseas Chinese takeout, all the food served remains the same basically through the year except maybe they'll serve more hot drinks or hot soups in winter. 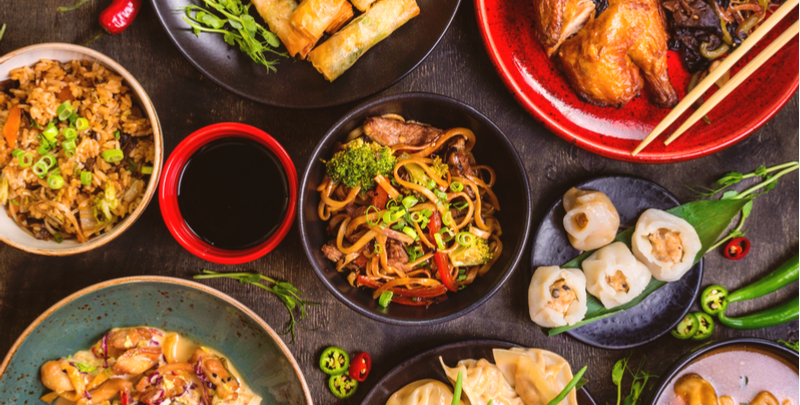 Different Cooking/Serving Methods
Everything is cooked or hot: Until recently, refrigeration and "clean" agricultural produce was unknown in China. The traditional ways dictated that people not eat fresh uncooked vegetables such as a Western fresh salad, because farmers used human and animal wastes to fertilize the fields, so cooking food prevented disease.

Boiled hot water: Even a glass of cold fresh water was hard to get in China in almost all restaurants except those few that catered to foreigners until about ten years ago. Now the influence of Western fast food restaurants and the big popularity of cold soda pop, icy bubble tea and fruit slush drinks is making drinking cold water popular among the young.

Few deep fried foods: In some regions, stir frying in woks is common. It is quick and efficient. But unlike in most foreign Chinese restaurants, where almost everything is stir fried, most Mainland Chinese food is boiled, steamed, braised, or baked. But deep frying in oil such as fried chicken isn't as common. Chinese generally stir fry lightly and quickly in little oil.