Chinese New Year or 'Spring Festival' is China's most important festival and holiday time. Chinese New Year 2019 falls on Tuesday, February 5, 2019, beginning a year of the Pig. China's public holiday will be February 4–10, 2019.

When Is Chinese New Year?
Chinese New Year has a varying date in the period January 21 to February 20. In recent decades, it has been the second day of a 7-day public holiday in Mainland China.
It's Lunar New Year, day 1 of China’s lunar calendar, which is within a day of the second new moon before the spring equinox moon phase. It's oddly called Spring Festival, with it being in winter for most of China, but that's because it "looks forward to spring".

Chinese New Year Celebrations — the 4 Main Things
The main Chinese New Year activities include 1) putting up decorations, 2) eating reunion dinner with family on New Year's Eve, 3) firecrackers and fireworks, and 4) giving red envelopes and other gifts. These four things are introduced below.

Public celebrations: In many Chinese cities, from New Year's Day, traditional performances can be seen: dragon dances, lion dances, and imperial performances like an emperor's wedding. A great variety of traditional Chinese products are on offer, and rarely seen Chinese snacks. City parks and temple fairs are the places to go for this.

1. Chinese New Year Decorations — Lucky Red Items
Every street, building, and house where Spring Festival is celebrated is decorated with red. Red is the main color for the festival, as red is believed to be an auspicious color. Red Chinese lanterns hang in streets; red couplets are pasted on doors; banks and official buildings are decorated with red New Year pictures depicting images of prosperity. 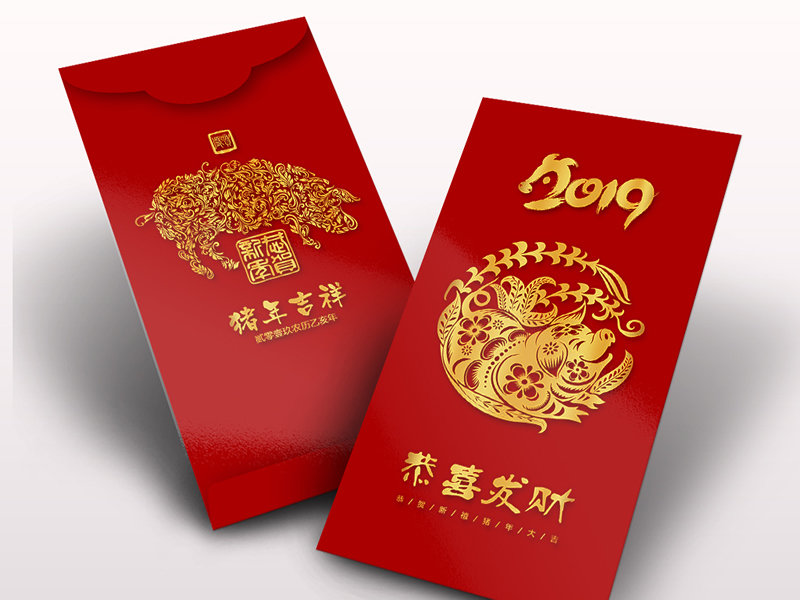 Most public decoration is done a month before, but home decoration is traditionally done on Chinese New Year's Eve. As 2019 will be a year of the Pig, decorations related to pigs will be commonly seen. Look out for red pig dolls for children and New Year paintings with pigs on.

Like people waiting in New York Time Square to see the ball dropping, Chinese people have the custom of staying up late on Chinese New Year's Eve to welcome the new year's arrival. After reunion dinner, families normally sit together to watch the Spring Festival Gala, one of the most watched TV shows in China. At the same time, most people send WeChat red envelopes or short messages to acquaintances by phone. 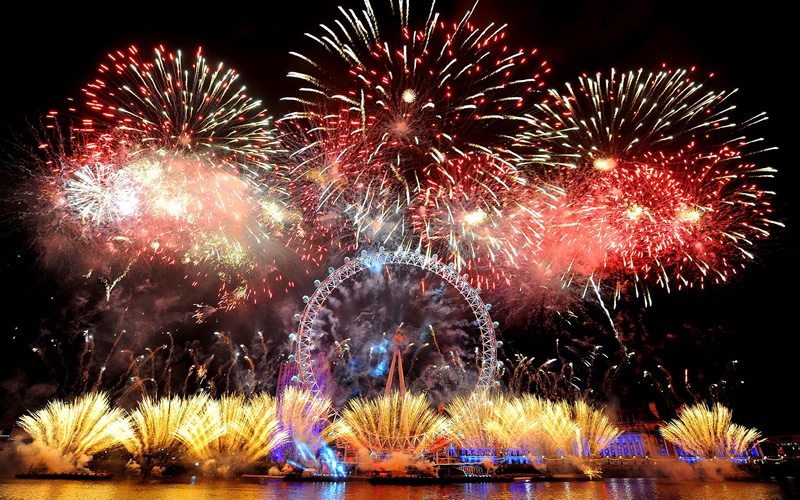 3. Firecrackers and Fireworks at Chinese New Year
It has long been a Chinese tradition to set off firecrackers from the first minute of their new year. Fireworks have increasingly been added to the cacophony. From public displays in major cities to millions of private celebrations in China's rural areas, setting off firecrackers and fireworks is an indispensable festivity.
Billions of fireworks go up in China at 12am Chinese New Year, the most anywhere at any time of year.

4. Chinese New Year Gifts and Red Envelopes
Like at Christmas in other countries, people exchange gifts during the Spring Festival. In rural areas and for older people the New Year gift giving tradition is still strong, but increasingly younger people prefer just to receive red envelopes (by hand or electronically).

Giving Red EnvelopesAt New Year red envelopes are customary in China.
The most common New Year gifts are red envelopes. Red envelopes have money in, and are believed to bring good luck because they are red. They are given to children and retirees. Customarily only employers give red envelopes to working adults.

Chinese New Year Foods (Most Have Lucky Meanings)
Food for the New Year emphasizes lucky symbolic meanings such as fish, which sounds like the Chinese word for 'surplus'. These foods are eaten during the 16-day festive season, and particularly for the New Year's Eve family reunion dinner. 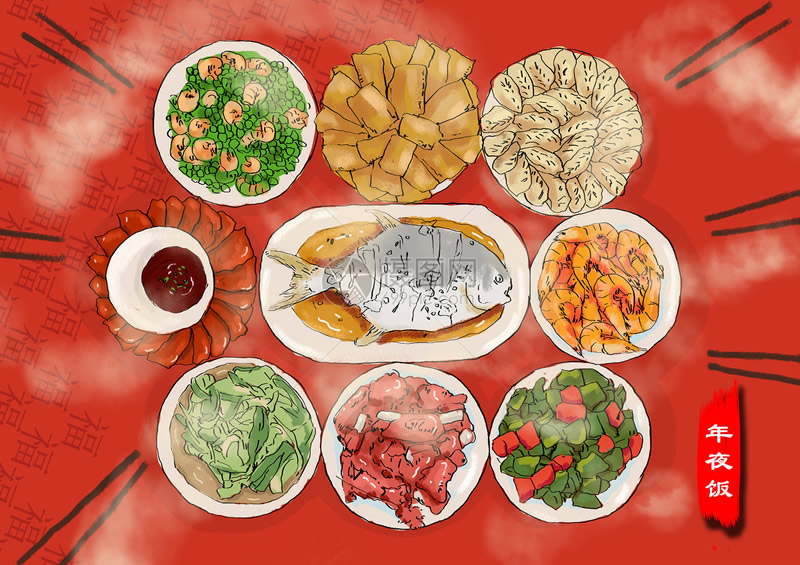