China is the first nation to manufacture true porcelain in the world, as suggested by its name, china. Nowadays, Chinese porcelain is regarded as one of the most important inventions in Chinese history, apart from the ‘Four Great Inventions’.

Characteristics and technology
The first kind of Chinese porcelain was blue porcelain, made out of ceramics, when the ancients were firing the white pottery and textured hard pottery. The blue porcelain excavated at Feng Long Shan cultural site in Shanxi Province is by far the oldest existing one with a history of approximately 4200 years. Many more ancient blue porcelains have been discovered in the Yellow River Basin, the middle and lower reaches of Yangtze River and the South region. 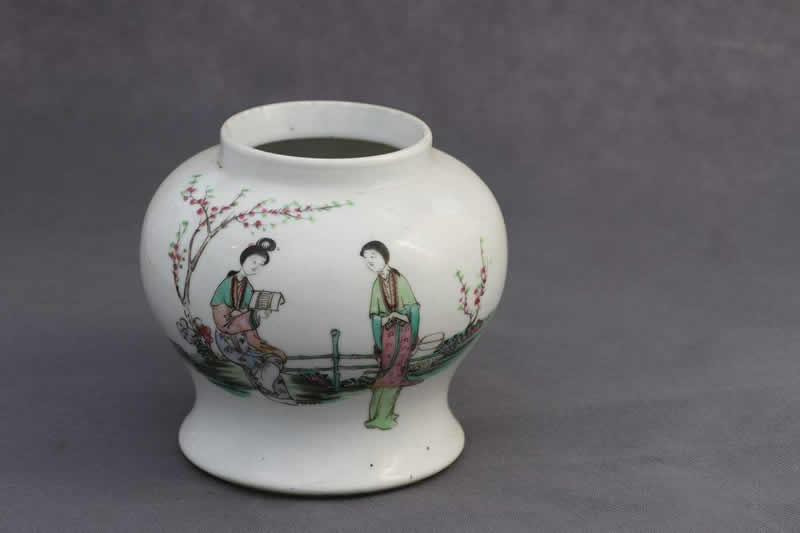 To fire Chinese porcelains requires these conditions. Firstly, the materials must be ceramic material or Kaolin rich in quartz and sericite. Secondly, the heating temperatures should be above 1,200 (2,200 °F). Lastly, glazes are painted on the porcelain surface under high temperature.

History of Chinese porcelain
Seven or eight thousands years ago during the new Stone Age, the inhabitants of the Yellow River Basin began to make pottery, rough in workmanship. From the New Stone Age sites like Yangshao Civilization, Qujialing Civilization, He Mudu Civilization and Da Wenkou Civilization, a great number of ceramics were unearthed, including gray pottery, painted pottery, black pottery and geometric pattern pottery.

The larger quantities of unearthed vessels showed that the vitreous glazes had come into use by the time of the Shang Dynasty (16th - 11th centuries B.C.). When coming to the Zhou Dynasty (1046 - 256 B.C.), Chinese porcelains were used on architectures as segmental tile, eaves tile and tile nail. Later in Han Dynasty (202 - 220 B.C.), glazed potteries gradually replaced bronze wares as the daily utensils, thus stimulating the appearance and development of Chinese porcelain.

The Tang and Song Dynasties were a time of rapid development in Chinese porcelain manufacture.Tri-colored glazed pottery of the Tang Dynasty (618 - 907) is the finest among ancient Chinese pottery, and was often taken as the buried wares for emperors and nobles. Many famous kilns emerged in Song Dynasty (960 - 1279), including the great give kilns ‘Ding Kiln, Ru Kiln, Ge Kiln, Guan Kiln and Jun Kiln’, each with special and exclusive manufacturing skills and firing methods. The porcelain development was slow in Yuan Dynasty due to the continuous wars. Nevertheless, the technology in porcelain was innovated, as the blue and white porcelain and underglaze red porcelain were created. 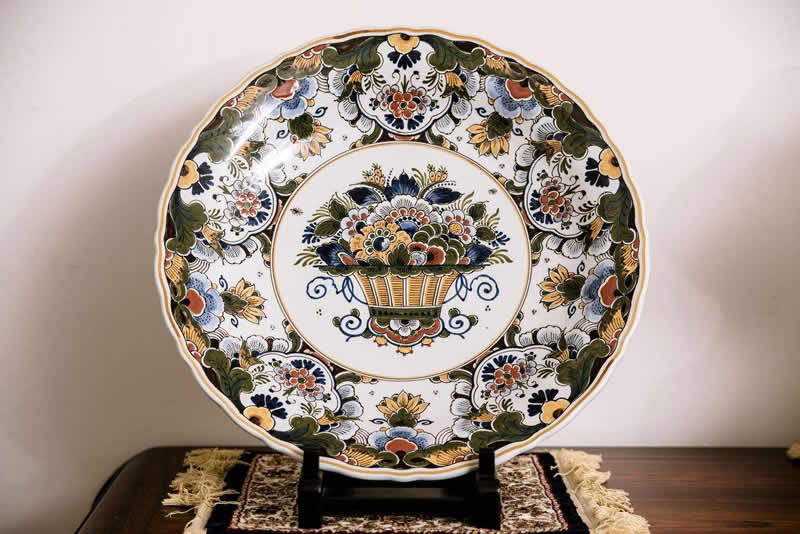 Chinese porcelain manufacture reached its height of excellence in Ming and Qing Dynasties (1368 - 1912). The Ming and Qing porcelain wares, such as the polychrome, blue and white bowls, jugs and vases, are even better known today. During these two dynasties, almost the entire porcelain industry was concentrated in Jingdezhen, Jiangxi Province. In the Ming Dynasty, porcelain painted in cobalt oxide under a glaze became the most famous and was shipped in large quantities to the Middle East and Near East.

Jingdezhen porcelain
Jindezhen, located in Jiangxi Province, is reputed as “the Porcelain Capital of China”. "The best porcelain of the world is in China, and China's best is in Jingdezhen", the Chinese writer Guo Moruo once said. It is no exaggeration to say Jindezhen is a synonym for Chinese porcelain. The ceramic industry experienced a long-time development at Jingdezhen.

Jingdezhen has been producing ceramics for over 1800 years since East Han Dynasty (25 - 220), and producing porcelains for over 1600 years since East Jin Dynasty (317 - 420). In Five Dynasties (907 - 960), Jingdezhen was the first place in the South China to produce white porcelain and have made a great achievement. The white porcelains are known "as white like jade, as bright as a mirror, as thin as paper, and with sound as loud as tapping on a huge rock".

Jingdezhen produces up to over three thousand kinds of potteries, including artistic porcelain, porcelain articles for daily use and porcelain decorations, among which bone china is the best known. Blue and white porcelain, rice-pattern decorated porcelain, famille-rose porcelain and color-glazed porcelain are the four great porcelains produced in Jingdezhen.

The history of Jingdezhen porcelain carving can be traced back to more than 1400 ago. The statuary porcelains of lion, elephant and other auspicious beasts could be made in the Sui Dynasty (584 - 618).

Porcelain made in Jingdezhen began to find its way to Europe from the 17th century onwards and can be seen in many large museums today. Furthermore, JIngdezhen has become the most important Chinese porcelain production area and the most famous destination for Chinese porcelain culture, and is also known as the ‘living museum of Chinese porcelain’.

First appeared in the late Tang Dynasty, blue and white porcelain is a mainstream and the best known type of Chinese porcelain. The porcelain is white ground with blue decorative pattern. Many gifts with Chinese elements originate with blue and white porcelain, mostly because it has been widely traded to Europe ever since the 17th Centery, first to the nobles and later to the ordinary people. It even can be regarded as a representative Chinese gift. Chinese presidents like to use it as a diplomatic gift to send to other countries’ leaders. 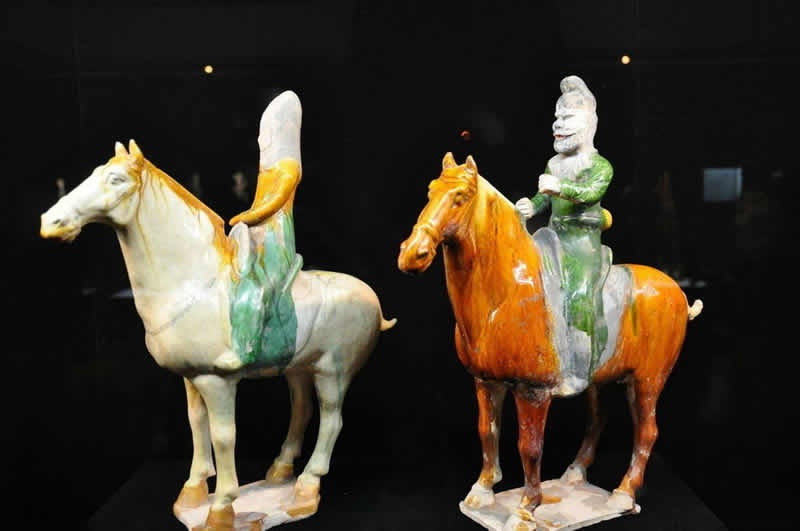 Tips for collecting Chinese porcelains
1.The older the more expensive; the rarest the more valuable. Antique Chinese Porcelain collectors are dreaming of collecting these treasures. However, only a handful of real porcelain treasure of ancient China have been discovered and unearthed, and are now kept in the notable museums. Therefore, it is almost impossible to buy the valuable porcelain with little money at the antique markets.
2.To collect Chinese porcelain, you also have to consider its ‘playability’, apart from the craftsmanship, artistic value, historical value and cultural value. The playability refers to the completeness. It is better to collect the complete, unbroken, clean porcelains.