Giant Panda Facts
The giant panda (scientific name: Ailuropoda melanoleuca; Chinese: dà xióng māo) also known as panda bear or simply panda, is a kind of mammal which belongs to ursidae, carnivora. The panda is a unique species of China, and its main existing habitats is the mountainous area around the Sichuan Basin in the Midwest of China and the Qinling area in southern Shaanxi. According to the 2016 data, there are about 2060 pandas living in the wild in the world. In 2016, the International Union for Conservation of Nature (IUCN) reclassified the species from "endangered" to "vulnerable".

The giant panda's black-and-white fur and cuddly appearance have endeared him to the world and have a large number of fans around the world. The giant panda has become the most important symbol of the protection of endangered species since the World Wildlife Fund used it as its emblem in 1961. Not only that, the giant panda is also an important representative of China's friendship in diplomatic activities. 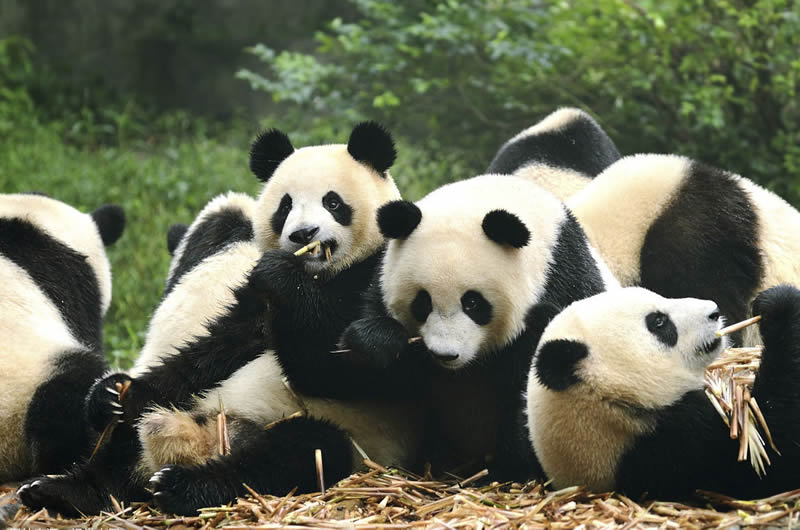 Morphological Feature
What does a giant panda look like? It has a very cute appearance. Its head to body length is 12 to 18 meters, and the tail is 10 to 12 centimeters long and weighs 80 to 120 kilograms. It can even weigh up to 180 kilograms. Captive pandas are slightly heavier than wild ones, and males weigh slightly more than females.

The black and white fur on panda's head and body is good for it hiding in trees and snow and not easily detected by predators. They have relatively sharp claws and powerful forelimbs, which are good for giant pandas to climb tall trees. Giant pandas have very thick skin to protect them from cold. The average thickness of the skin is about 5 mm, and can reach to 10 mm.
Giant pandas have very poor vision. But they can still move freely when night falls, because its pupils are split like cats. 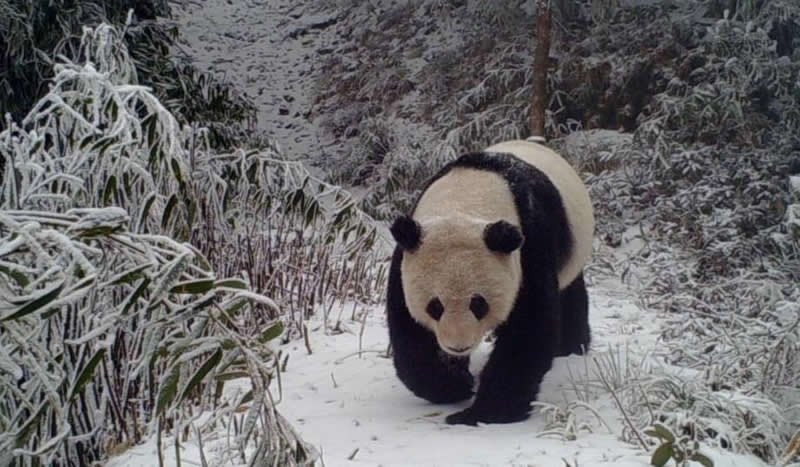 Habit and Habitat
Giant pandas prefer to live alone and each giant panda has a separate area of activity. Apart from estrus, they often live alone. The area of the panda’s nest is about 3.9 to 6.4 km². The male’s nest area is slightly larger than the female’s. There is an overlap between the individual nests, but there is no overlap between the females.
Most wild pandas live in thick bamboo forests whose sea level is 2600-3500 meters, where the air is rarefied with cloud and mist curling up all the year round. Some other factors also affect the distribution and density of pandas in the wild: the distribution of bamboo, topography and water, whether there are hiding places and the nests for panda cubs and the mountain potential. However, human disturbance is the main factor affecting the distribution of giant pandas nowdays.
The giant panda has the character of not being afraid of cold and wet and never hibernate. Even the temperature is 4-14 ℃ below zero, they still cross bamboo groves covered by snow.

Diet
What do giant pandas eat? Pandas, like other bears, are omnivorous who are in the transition from carnivores to herbivores. Captive pandas’ main food is bamboo, radish and steamed corn bread while wild panda will also eat grass, wild fruit, insects, bamboo rat or even sheep. The average giant panda eats as much as 9 to 14 kg of bamboo shoots a day to compensate for the limited energy content of its diet.

Reproduction
Adult pandas have a very short period of heat. The female panda has only a few days of estrus in a year. After mating, the male and female pandas will separate, and the panda cub will be raised separately by the female.
The gestation period of panda is 83-200 days, and the baby is usually born around August. Their nest is usually a hidden tree hole, or a natural cave, with branches and hay prepared by the mother panda.
The giant panda often bears in a big tree hole of the fir tree and delivers one child at a birth, sometimes delivers two, but its body and appearance during pregnancy does not change significantly. The average birth weight of the panda cub is about 145g, and the body is pink, which is very different from the adult panda.

As pandas feed on bamboos, they need to eat for a long time to keep the heat supply. The mother pandas have to leave her cubs for 2-4 hours to feed themselves. In the 1990s, the researchers did not understand the panda's behavior, and when they saw the female panda away from their cubs, they concluded that the cubs were abandoned and want to adopt these "abandoned" cubs for artificial feeding. The long-term observations of wild panda breeding overthrew this idea. The real reason is that the mother panda had to eat enough bamboo to produce milk to feed their offspring.

The artificially bred panda is separated from the wild environment and has a low natural rate of estrus. They seemed to lose their interest in mating once they were captured, which makes it difficult for its artificial reproduction. Since the 1990s, the artificial breeding of giant pandas has been improved, and the artificial insemination has been adopted. In addition, under the condition of captive breeding, there  were triplet births for baby pandas, but the survival rate is low. Currently only the panda triplets born in Guangzhou Chimelong Safari Park in July 2014 are all alive. 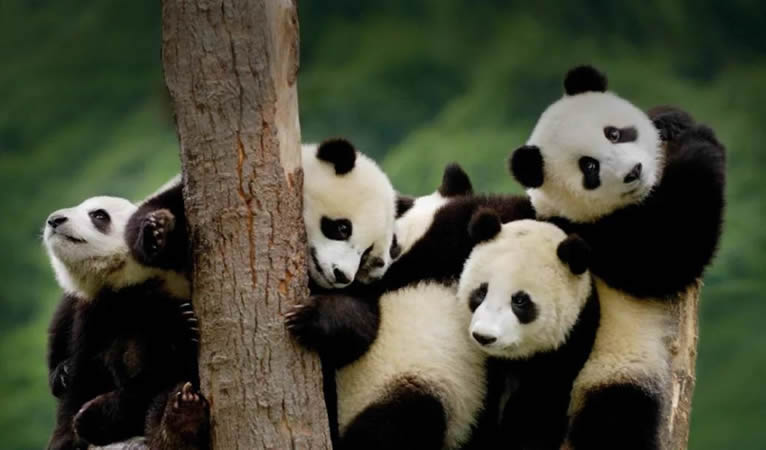 Lifespan
A panda's one year old is equivalent to a man's 3-4 years old. The lifespan of wild pandas is typically 15 to 20 years while the captive pandas can reach the age of 30. The oldest panda in history is 38 years old. She was the female panda who lived in Hong Kong Ocean Park, Jia Jia, who died on October 16, 2016 at the age of 38.